Cristian Fazi is the entrepreneur who has revolutionized the freight transport system by focusing the strategy on a key value: speed.

Logistics4You, founded after almost 40 years of experience in the industry, specializes in deliveries with dedicated express vans. It is able to load goods within 3 hours and deliver throughout Europe in just 24/48 hours. Even in city centers, including holidays.

Cristian Fazi has always been involved in logistics. His father worked in this sector with his own company, which over the years had become a point of reference in Italy.

After his studies, Cristian Fazi makes his apprenticeship and takes the license to be a truck driver. He drives a lot for a long time and delivers literally everywhere. A few years later he became traffic and commercial manager. In 2008, however, the company began to suffer from the economic crisis. The difficulties become more and more difficult to stem, so much so that failure arrives in 2012.

At the time I was a young professional, but I was determined and I decided not to give up.
I preferred to take that experience as a new starting point rather than an end and I invested in myself.
I did training courses, both personal and entrepreneurial. In 2015 I embarked on a new venture with a transport company.
An experience that allowed me to finally understand which value to focus on to gain competitive advantage and change the industry: speed.
This is how my business idea was born. Traditional transport needed to experience a revolution.

Are you a purchasing manager? Do you have the responsibility to choose the best carriers for your company, every day?

Do you tend to hire the cheapest carrier, often compromising on quality?

Do you need quick answers and a fast, reliable and trustwhorty partner in order to deliver quality and efficiency?

In his book Cristian Fazi wrote all information, examples, mistakes and tips to help you evaluate your real needs and choose the right logistic partner every time.

You can get a detailed step-by-step-guide to revamp your business, improve your company reputation and increase your customer satisfaction.

Find out how to plan a perfect shipping strategy for Christmas".

SHIPPING IS EASY
(If you know how to do it) 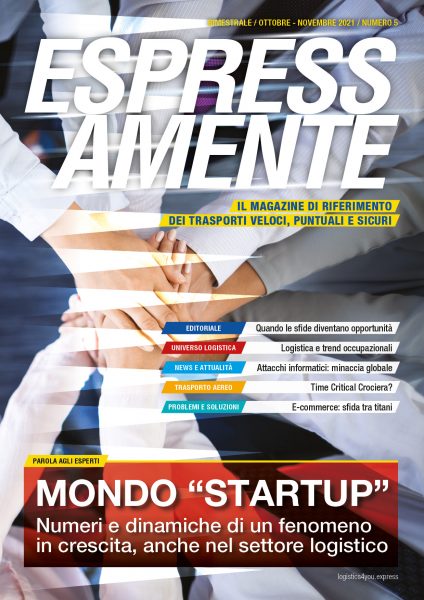 Get our Logistics Journal

Espressamente is a Journal written by Logistics4You. Our purpose is to keep professionals like you always up to date with industry news.

SOLUTIONS TO MOST COMMON ISSUES :

Cristian Fazi has 40 years experience in the transport industry.

It was a turing point for me.

But I didn’t give up. I took it as a new begin.

I decided to revamp the express transportation industry and offer customers an innovative, fast and efficient service, going beyond their expectations.